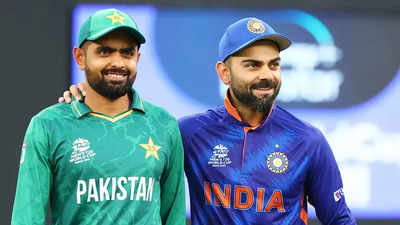 “Thank you. Keep shining and rising. Wish you all the best,” Kohli said in a tweet.

First, it was Babar who showed sportsmanship and now Kohli has responded to the skipper, showing that sports transcends borders.

“This too shall pass. Stay strong,” Babar had said, in posts he uploaded on all of his social media platforms with a picture of him and Kohli from the T20 World Cup 2021.

Fans from across both nations had praised Babar for his gesture.

Kohli has been going through a prolonged lean patch and has not hit a century since 2019, with his future now a matter of intense public debate in his cricket-obsessed country.

With a number of in-form batsmen pushing for a top-order berth, Kohli’s place in the T20 squad has been questioned, especially ahead of this year’s World Cup in Australia.

He was also dropped for India’s upcoming West Indies tour.

The national selectors did not clarify whether the top-order batter had finally been dropped or was merely being rested over injury concerns ahead of the T20 World Cup.

Weatherman Predicts Snowfall In Plains On This Date In Kashmir

Fifa World Cup 2022: Germany and Costa Rica Out, Japan and Spain Quqlifies For 2nd Round